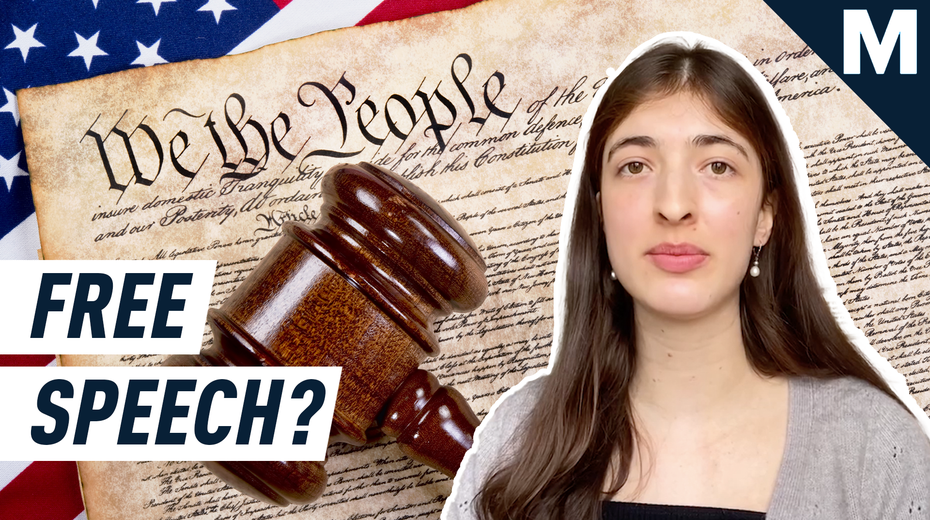 Facebook’s Oversight Board, the independent body that reviews content moderation decisions made by the social media company, announced its long-awaited decision today in a post on its website.

However, the Oversight Board found the “indefinite suspension” penalty, which is the current state of Trump’s accounts, to be inappropriate.

“Facebook’s normal penalties include removing the violating content, imposing a time-bound period of suspension, or permanently disabling the page and account,” said the Oversight Board in its decision in the case which saw more than 9,000 public comments.

The decision tosses the matter back to Facebook, which must decide whether to limit the suspension to a specific time frame or permanently delete Trump’s accounts. Oversight Board has given Facebook six months to apply an appropriate “proportionate response that is consistent with the rules that are applied to other users of its platform.”

Within 6 months of today, Facebook must review this matter and decide a new penalty that reflects its rules, the severity of the violation, and prospect of future harm. Facebook can either impose a time-limited suspension or account deletion.

In its ruling, the Oversight Board found that Trump “severely violated Facebook’s Community Standards and Instagram’s Community Guidelines.”

The decision cites Trump’s post to those storming the Capitol saying “We love you. You’re very special” and calling the rioters “great patriots” and posting to “remember this day forever” violated the social media company’s guidelines that prohibit “praise or support of people engaged in violence.”

The Oversight Board also said that “in maintaining an unfounded narrative of electoral fraud and persistent calls to action, Mr. Trump created an environment where a serious risk of violence was possible.”

Responding to its Oversight Board’s decision, Facebook said in a statement that it is “pleased the board has recognized that the unprecedented circumstances justified the exceptional measure we took.”

“We will now consider the board’s decision and determine an action that is clear and proportionate,”  said Facebook VP of Global Affairs and Communications Nick Clegg, responding to the Oversight Board’s request that the company review the length of the penalty levied on Trump. “In the meantime, Mr. Trump’s accounts remain suspended.”

Earlier this week, the Oversight Board that it would rule on the case and post its verdict on Wednesday morning.

Along with its decision, the Oversight Board also provided Facebook with policy suggestions that “promote public safety and respect freedom of expression” based on the case. However, Facebook is not required to change broad policy based on these suggestions. It is only bound to act upon the Oversight Board’s decision to in the case Trump, which is to uphold the suspension for now and apply a reasonable response in line with its guidelines within the next six months.

Facebook’s critics have already railed against the Oversight Board’s decision, regardless of the outcome, in the days leading up to today.

“When a company establishes its own quasi-judicial global ‘supreme court’ for self-regulation, that’s not a constraint on its power – it’s an absurd embodiment of it,” said co-founder Jesse Lehrich in a statement provided to Mashable yesterday. “The Facebook Oversight Board is a corporate PR tool designed to shirk responsibility and stave off actual regulation.”

“,” a group of civil rights leaders and experts critical of the social network (and also not to be confused with the actual Oversight Board), also did not mince words in a statement released earlier this week.

“Donald Trump has violated Facebook’s terms of service repeatedly, incited hate, spread disinformation, fomented violence and been used as a model for other authoritarian leaders to abuse Facebook,” the Real Facebook Oversight Board . “He should be banned forever.”

Former President Donald Trump was indefinitely as a consequence of his incendiary Facebook posts during the storming of the Capitol building by a pro-Trump mob on Jan. 6. Five people died as a result of the violence at the Capitol.

However, that was far from the first time that Trump’s violence-inciting Facebook posts caused controversy on the social network. Perhaps the most notable occurred last summer, in the days following the police killing of George Floyd and the Black Lives Matter protests that broke out as a result.

Trump the protesters “THUGS” and threatened that “when the looting starts, the shooting starts.” White other social media platforms, such as Twitter, removed the post for threatening violence, Facebook did not. In audio that was leaked shortly after the Trump’s post, Zuckerberg Facebook’s decision.

Following Facebook’s suspension of Trump following the Capitol riot, the company announced on Jan. 21 that it was the decision to the Oversight board.

“We think our decision to suspend former President Trump was right, but we don’t think we should make these calls on our own,” the company in a statement at the time.

“The Oversight Board should…not be treated as a legitimate mechanism of accountability,” Accountable Tech’s Lehrich said in a statement to Mashable.

UPDATE: May 5, 2021, 8:33 a.m. CDT This post was updated to include Facebook’s statement in response to the Oversight Board’s decision.

Best security camera deal: Grab the Blink Mini for its lowest-ever price of $29.99