ExpressVPN on sale: Save 49% on a 15-month plan, get free cloud backup

ExpressVPN is our favorite VPN on the market, but it also happens to be the most expensive VPN on the market. (You get what you pay for, true privacy comes at a cost, etcetera etcetera.) Monthly plans go for $12.95, which is at least a buck more than subscriptions from competing premium VPN providers like NordVPN and ProtonVPN. You can save a little more by opting for ExpressVPN’s 12-month plan, which costs $8.32/month, but that still puts it among the steepest long-term options.

As if that weren’t enough, ExpressVPN throws in a year of free unlimited cloud backups from Backblaze (normally $7/month) when you sign up for that 15-month plan. Altogether, you’ll be saving just under $140.

Why ExpressVPN, you may ask? “It’s easy to use, it works well, and there’s ample support available whenever you need it,” writes Mashable contributor Branford Shaw, who adds that it “works well enough to justify the cost. To the casual user, it’ll feel like a full-featured VPN without being overly laden with complexity.”

If you decide ExpressVPN isn’t right for you, fret not: You can always take advantage of its money-back guarantee within your first 30 days of use (available with all of its plans). 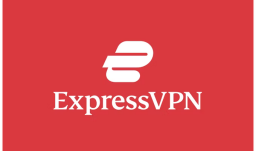 Got a PS5 or Xbox Series X? Then you need a 4K TV with VRR to unlock their potential.