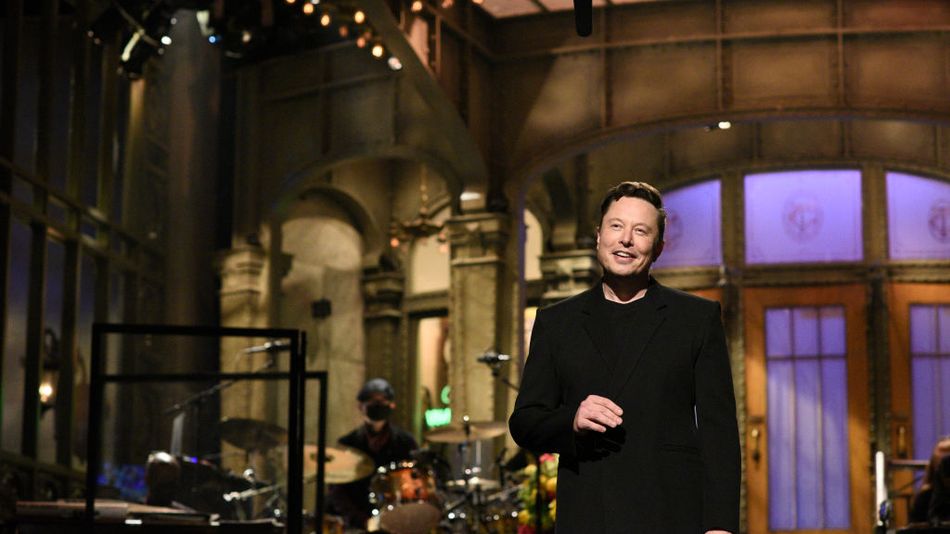 Cryptocurrencies, Mars colonization, and an unpronounceable child’s name may have dominated Elon Musk’s first Saturday Night Live appearance, but the Tesla CEO’s influence on electric vehicles was clear from the ads that popped up during the late-night program.

Musk is known for “reinventing” electric vehicles as a more mainstream alternative to gas-powered cars with his Tesla brand and its original Model S sedan back in 2012. Now there are more than 50 EV models available in the U.S. including options from legacy automakers like Ford, Nissan, and Chevy.

Tesla doesn’t do traditional advertising, but its competitors do. During Saturday’s SNL episode several car companies ran ads for their EVs, timed with Musk’s appearance. Musk didn’t say much about Tesla or EVs during the show aside from a joke about driving a Toyota Prius hybrid.

During the ad breaks, there was a 30-second spot from startup Lucid with its yet-to-arrive Air luxury sedan, plugging its 517-mile range battery. Tesla has a Model S version coming out in 2022 with a purported 520-mile battery range.

Publications like The Verge and USA Today noticed other EV ads from Audi for its E-tron, Volvo with a plug-in hybrid SUV, Ford with the Mustang Mach-E electric SUV, and Volkswagen with the recently released ID.4.

Musk is the the public figure most associated with electric vehicles, so his appearance on a show with an audience as wide as SNL‘s led car companies to take advantage of the moment. Lucid, the EV company that has delayed the release of its first car, saw a pop in Google traffic that matched search interest with Musk’s Tesla during the SNL broadcast.

Musk has always welcomed competition in the EV space, but things are starting to heat up.