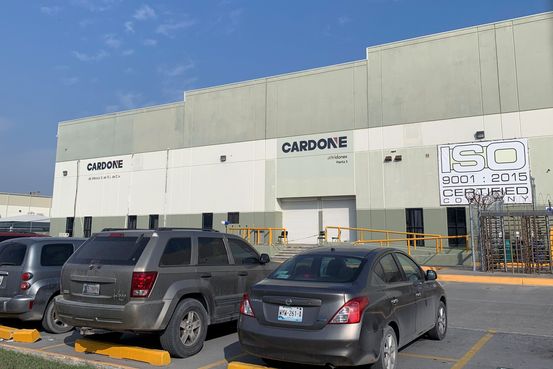 WASHINGTON—U.S. and Mexican labor groups filed a complaint against a Mexican auto-parts manufacturer, alleging that it violated the U.S.-Mexico-Canada Agreement by suppressing its workers’ rights to unionize.

The complaint, filed Monday with the U.S. government, is the first case that seeks to use a new labor-dispute provision of the USMCA trade agreement signed into law last year by former President

The complaint provides an early test of President Biden’s pledge to press for strict adherence to labor and environmental rules under existing trade agreements.

A spokesman for the U.S. Trade Representative’s office, which will be one of the agencies reviewing the complaint, said the agency would carefully review it. Mexico’s Economy Ministry said it hadn’t been notified of the complaint and had no comment.

The complaint from the labor groups led by AFL-CIO alleges that Tridonex, an auto-parts factory located in the Mexican state of Tamaulipas, “harassed and fired” workers who were trying to organize with a Mexican labor group seeking to improve wages and working conditions.

A lawyer representing the workers, Susana Prieto, was jailed for a month by the local officials before agreeing to a ban on appearing in labor court, the complainants said.

A Cardone spokesman said the company doesn’t believe the allegations in the complaint are accurate and would welcome a full inquiry.

“We fully support our Tridonex workers being represented by a union and are committed to compliance with all applicable labor laws and regulations,” he said.

said the alleged harassment was “a textbook violation of the labor laws Mexico has pledged to uphold.”

U.S. union leaders were among those pressing for tougher labor-enforcement provisions in the USMCA. They said that its predecessor agreement, the North American Free Trade Agreement, didn’t have sufficient measures, leading to U.S. manufacturing job losses.

The USMCA’s provision for labor-dispute settlement, known as the Rapid Response Labor Mechanism, makes it easier for labor unions to bring complaints against specific facilities in Mexico.

Still, the dispute, which could result in a punitive step against the company including the imposition of an import tariff by the U.S., could take months to unfold.

A committee made up of officials from the trade representative’s office and the Commerce Department will first review the case. And if it determines a violation has occurred, the U.S. will then request the Mexican government to investigate the case and come up with a remedy.

If the dispute isn’t resolved then, an international panel of experts will review under the provisions of USMCA.

has said in recent weeks she was eager to take steps to enforce the rules of the USMCA. As a House congressional staffer for the Democrats, Ms. Tai played an significant role in designing and negotiating the USMCA, which replaced Nafta last year.

“My view is that we did our very best to put in the most effective tools for enforcement that we know how,” Ms. Tai said during a Senate hearing last month. “I am not afraid to use the enforcement tools.”

She also noted that the U.S. has “a number of concerns” with Mexico’s performance of its commitments under USMCA.

Write to Yuka Hayashi at yuka.hayashi@wsj.com

The Best Employees Want More Than Just Money. Here Are 6 Ways to Attract Them.