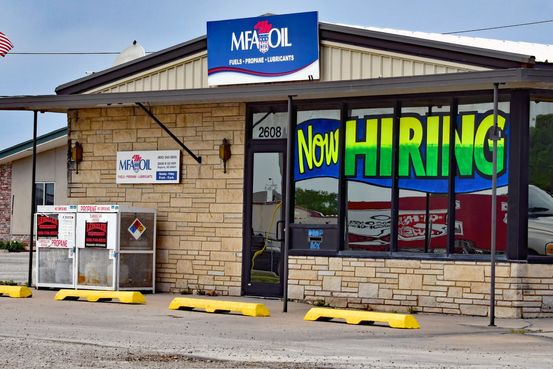 A lackluster jobs report Friday added fuel to efforts in Florida and elsewhere to reduce access to unemployment benefits that some state and industry leaders say have kept people from returning to the workforce.

The country is in a striking predicament, with millions unemployed and businesses that can’t find enough people to hire at current wages. The mismatch has prompted several states, including Florida, Montana and North Carolina, to tighten reporting requirements to receive unemployment benefits and shut off payments to people who turn down work.

In some cases, states are ending access to federal pandemic unemployment payments. The U.S. Chamber of Commerce called for an immediate end to a $300-a-week federal jobless supplement. “The disappointing jobs report makes it clear that paying people not to work is dampening what should be a stronger jobs market,” said Chief Policy Officer

defended the jobs report—which showed that employers added a lower-than-expected 266,000 jobs in April— and said other factors such as health concerns and school closures explained the lackluster jobs report.were keeping people out of the workforce.

“I know some employers are having trouble filling jobs. But what this report shows is that there’s a much bigger problem,” Mr. Biden said. “Today’s report just underscores, in my view, how vital the actions we’re taking are: checks to people who are hurting, support for small businesses, for child care and school reopening, support to help families put food on the table,” Mr. Biden said. “Our efforts are starting to work, but the climb is steep and we still have a long way to go.”

Ms. Yellen said a number of sectors were suffering from supply-chain problems, including a shortage of semiconductors that is squeezing U.S. auto makers that use the chips to control everything from brakes to air bags. “I don’t think the addition to unemployment compensation is really the factor that’s making a difference,” she said.

Last year, as the Covid-19 pandemic set in and millions were laid off, many states suspended requirements that people search for work while receiving jobless benefits. Today, around half of states have restored their work-search conditionsthose rules, according to jobs site ZipRecruiter.

North Carolina reinstated its work-search requirements in March and in April published a tipsheet for employers explaining how to report people who turn down jobs. In Florida, Republican

said he planned to reinstate a requirement that unemployment benefit recipients provide regular updates on their job- searches.. efforts.

People can lose their unemployment benefits if they don’t satisfy the requirements. In the first quarter of this year, nearly 407,000 Americans were denied state benefits for failing to search for work or attest that they were available for work, according to Labor Department data. Around 6,000 people were denied benefits for refusing what their states deemed suitable jobs.

The governors of Montana and South Carolina said this week that they would stop offering their residents the additional $300 a week federal benefit several months before that program ends in September. Republican

of Montana said residents instead would be eligible for a $1,200 “return to work bonus” if they were receiving unemployment benefits as of May 4 and subsequently took a job and completed at least four paid weeks of work.

“I hear from too many employers throughout our state who can’t find workers,” Mr. Gianforte said. “Nearly every sector in our economy faces a labor shortage.”

Trade groups, especially local restaurant associations, have been lobbying for such changes. In Michigan, the state is tightening its oversight later this month, but lawmakers should act immediately, said Justin Winslow, president of the Michigan Restaurant & Lodging Association. Eric Terry, president of the Virginia Restaurant, Lodging & Travel Association, said he started pushing the state several weeks ago to do what it could to bring people off the sidelines. One restaurant in the state is paying potential hires $50 to appear for an interview, Mr. Terry said.

Virginia had loosened requirements that those on unemployment do two job interviews a week last year during the pandemic. The state said it would reinstate the requirement in the first week of June, and beneficiaries must report their searches weekly to keep receiving funds.

“The unemployment benefits are probably the single biggest issue,” Mr. Terry said about the labor shortage for the restaurants and other employers in the hospitality sector. “It’s a difficult process to get people to come in even to interview.”

Zach Schiller, research director at Policy Matters Ohio, a progressive think tank, said data contradicted the perception that masses of Americans prefer to live on unemployment insurance than find jobs. “The idea that we have large numbers of people sitting around collecting unemployment benefits instead of going to work is a fallacy,” he said.

Federal data for the quarter ending Dec. 31 showed that 43% of unemployed Americans were exhausting their state benefits, while 57% who had received benefits returned to work or stopped claiming benefits before their eligibility ran out. In Ohio, around 21% of unemployed people exhausted their full 26 weeks of state benefits, according to the Labor Department.

“Why is anyone surprised that the jobs reports fell short of expectations?”

(R., Fla.) tweeted on Friday. “I hear from #smallbusiness everyday that they can’t hire people because the government is paying them to not go back to work.”

“Anyone who points to the availability of unemployment benefits as the root cause of these sluggish numbers is ignoring the clear evidence that throughout the pandemic, workers returned to work regardless of the financial cost or health risk,” said House Ways and Means Committee Chairman

More people are rejoining the workforce, which may relieve some of the tightness in the labor market. In April, 430,000 people came off the sidelines, increasing the labor force participation rate to 61.7%, up from 60.2% a year earlier.

Restaurant-chain owners say their inability to fully staff is making for longer waits at their drive-throughs and earlier nightly closures, leading to lost sales. Independent restaurants are restricting the tables they can seat with customers due to a lack of servers. The National Restaurant Association is pushing Congress to allow for more legal immigration as operators seek to hire tens of thousands of workers.

blamed high prices for chicken wings and shortages on the inability for the chain’s suppliers to fully staff while the federal benefits continue. It also is driving starting wages up, he said.

“The stimulus has a lot of impact on this,” Mr. Morrison said. “It’s hard to find people to staff the jobs.

—Alex Leary and Andrew Restuccia contributed to this article.

Write to Lauren Weber at lauren.weber+1@wsj.com and Heather Haddon at heather.haddon@wsj.com

Mitigate the Risk of Business Failure With These 4 Strategies