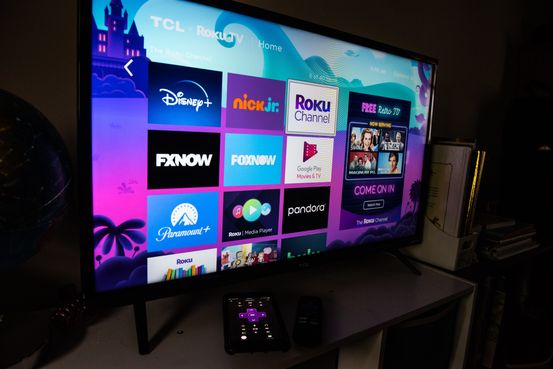 Roku Inc. reported that first-quarter revenue surged 79% in the latest quarter as the streaming-media service continued to get a boost from homebound customers consuming more content during the Covid-19 pandemic.

Consumption of at-home streaming-video entertainment has boomed in the past year as consumers have diverted more time and money to platforms such as Roku. It is the leading streaming-video player, with about 38% of the U.S. market, according to research firm Parks Associates.

Roku is best known for selling built-in streaming technology for smart televisions as well as devices that users can plug into TVs. It makes most of its revenue by selling ads on streaming channels and taking a cut from streaming services’ subscription revenue and ad inventory. The ad business has boomed as marketers have gravitated toward digital media.

The company’s revenue rose to $574.2 million for the March quarter, up from $320.8 million a year earlier. Analysts had estimated $491.6 million, according to FactSet. Revenue at Roku’s platform business, which includes ad sales, doubled to $466.5 million.

For the current quarter, Roku targeted revenue of $610 million to $620 million, above analysts’ current $550 million projection.