Freshly’s Founder Ditched Wall Street to Start a Restaurant in Arizona With His Parents. It Failed, But He Pivoted to Build a $1.5 Billion Business.

Opinions expressed by Entrepreneur contributors are their own.


In Arizona, it’s legal for children to work at a young age if their family owns the business — a law that stems back to old farming — so Michael Wystrach and his twin brother started working at their parents’ restaurant when they were 10 years old. At first, it was because they begged to get in on the action. “And,” Wystrach says, “it quickly went from begging to being told that we were working from that point on.” He started as a busboy, then worked “every role imaginable” until he was legally allowed to wait tables at 19. It was how he earned spending cash throughout college.

The 41-year-old founder of meal-delivery service Freshly was raised on a small ranch in Southern Arizona. He and his twin were the youngest of six children. His mother was the rancher, the first woman named Cattleman of the Year in Arizona, and his father was a Marine Corps aviator before he tried his hand at real estate development, which ultimately led to the start of several small businesses: primarily gas stations, hotels and restaurants. 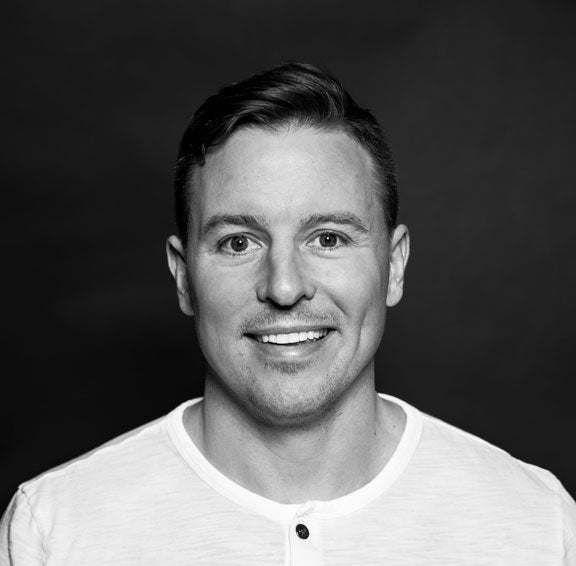 Wystrach studied finance at the University of Arizona. “I started reading the Wall Street Journal when I was 12,” he says. “So I’ve always been fascinated by business. For me, the next logical step was to go into investment banking because that was, at least from the Wall Street Journal’s point of view, the epicenter of business.”

Even though the University of Arizona isn’t a typical feeder school for investment banks, Wystrach landed a position at Thomas Weisel Partners in New York. But he couldn’t shake his entrepreneurial spirit. “I loved the work, I loved the people, but I hated the bureaucracy of corporate America,” he says.

Wystrach decided to return to Arizona in 2005, after two years on Wall Street, and began working with his family. In 2008, he opened a restaurant with his parents modeled on their restaurant, The Steak Out, located about an hour and a half away.

“I’d taken my horrible eating habits with me from New York — really just not cooking, ordering takeout,” Wystrach says. “I’d hit 30, and after 30, your body is not as good at breaking down bad food. I was hitting the gym, but I was finding that I wasn’t in the shape that I wanted to be in.”

A family friend, who was also an ER doctor, told Wystrach he needed to change his diet. “I said, ‘Great, write down what I should eat.’ I had this restaurant, so I was working a ton at this point. So I went to my chefs and said, ‘Hey, take this ingredient list  — you can cook anything you want.’ Because [the doctor] was telling me it’s the ingredients. It’s not the quality or calories or any of these things,” he says.

The chefs did use the ingredients to prepare healthy dishes, putting the meals in to-go kits, which Wystrach heated up over the course of the week. After 60 days of following the new regimen, Wystrach was “in the best shape of his life.” People began to ask what he was doing differently, and once they learned his secret, they wanted in on it too.

It was 2012, and Wystrach’s restaurant, built in anticipation of a massive housing boom that didn’t materialize, was struggling. But Wystrach saw an exciting opportunity: “[The restaurant’s] not doing great. Let’s create a business here. So I recruited my co-founder, Carter Comstock, who was in Dallas. I said, ‘Come join me in Arizona. I’ve got this idea that’s already in demand.’”

And the demand continued to grow. “I remember my first email to people was sloppy. I used a Shopify website. And it was really horrible, but literally I sent the email, woke up the next day, and had $2000 in sales,” Wystrach says.

The enterprise was originally called F3 Foods, which stood for “fresh,” “fast” and “fit.” Wystrach says, “Bad name. Thankfully we brought around really good brand people.” The company was renamed Freshly in 2015.

Six months after launching the business, Wystrach and Comstock were still running it out of Wystrach’s restaurant, but the restaurant couldn’t keep up with demand. So, in 2014, with $4000 in the bank, they rented a “tiny, horrible college apartment” near the Arizona State University campus, right next to their new production facility.

“We’d start working at 4 a.m.,” Wystrach says. “And we usually left work at 7, 8 p.m. We’d warm up one of our meals, go to bed, rinse and repeat. That first year was the doldrums, just constantly refining and building the business.”

Wystrach and Comstock were all in: They even acquired a van and planned to do all of their own deliveries. But it was too much ambition too soon. The budget wasn’t there, and they had to backtrack. “We had to refine and say, ‘What are we going to be uniquely really good at? And where do we need to find partners to help us be good at other things?’” Wystrach says.

They established partnerships with already-expert delivery services FedEx and UPS. Unlocking the ability to deliver at scale was a game-changer. “Everyone wants to be Amazon or Disney, the people who have all sorts of different businesses,” Wystrach says. “But people forget that Amazon started out just doing books. And they just did books for three or four years. In the beginning, you’re not trying to replicate who Amazon is today. You’re trying to replicate who Amazon was when it started.”

In the early days, Wystrach and Comstock wanted to satisfy every potential customer. At one point, they had over 150 SKUs, meals that reflected a range of dietary preferences and restrictions: vegetarian, vegan, keto and paleo. But they learned they couldn’t efficiently support such a wide range of options. “We still have the end goal of really meeting the needs of everyone,” Wystrach says. “But there are steps that you have to take to get there.” Now, Freshly offers approximately 30 different meals.

“It’s really about constantly challenging the things you’re doing and asking if those things are still the right things to do,” Wystrach continues. “That’s one of the DNAs we have inside of Freshly that’s made us really powerful — we never assume that a decision we made previously is still the right decision. In a startup, you’re constantly getting new information. So how are we utilizing that new information to make better decisions?”

Wystrach’s willingness to adapt to changing circumstances has contributed to Freshly’s immense growth and success. In the span of five years, Freshly’s employee count rose from 15 to over 1,800, and the increase in the number of meals delivered is wildly impressive as well: from 200 meals per week in 2015 to approximately 1.2 million per week today. The company has gained massive followings nationwide and enjoys the most popularity in New York, Los Angeles, San Francisco, Washington D.C., Chicago, Boston, Philadelphia, Seattle, Dallas and Phoenix.

Freshly’s dynamic outlook also allowed the company to meet the challenge of the Covid-19 pandemic. With millions of people socially distancing, reluctant to even step foot inside of grocery stores, Freshly’s customers relied on the company’s meals more than ever before. Overnight, Freshly increased production by 20 percent, and, eager to do more, helped raise over $500,000 for Meals on Wheels — aiding their efforts to serve the country’s most at-risk populations.

“Our ultimate vision is that we want to be a box that helps everyone in the world eat better,” Wystrach says. “And that is a huge mandate, which means you’ve got to have a lot of variety. We want to help you from the minute you’re born. Feeding infants all the way to senior citizens. A big part of why we went with Nestlé was to really bring on a lot more variety for our consumers, making sure that we stay true to our mission, to really empower this health journey.

“When people start eating better slowly, everything gets better,” he continues. “They feel better about themselves. They get more emotional confidence. They sleep better. They have more energy. So it’s this positive cycle. And we want to unlock that for people.”

Share
Facebook
Twitter
Linkedin
Email
Previous articleFusion Pro Wireless Controller for Nintendo Switch: Where to pre-order
Next articleExcuse Me While I Steal Your Book Idea and Get Famous