Elon Musk, ‘SNL,’ Dogecoin, and Mother’s Day: The Making of a Comic Cocktail 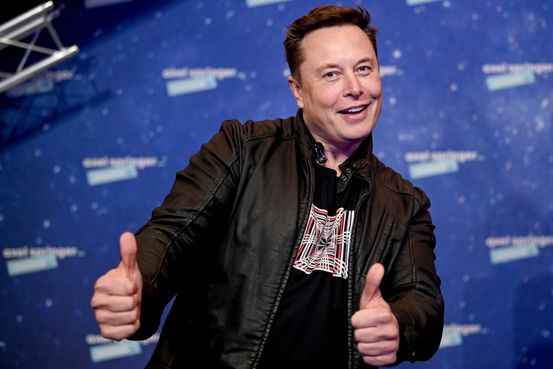 newest SpaceX rocket stuck its landing Wednesday. Whether the unorthodox billionaire has as much success landing jokes on one of comedy’s biggest stages will get its own test Saturday night.

His stint on “Saturday Night Live” will be his first time hosting a nationally televised comedy sketch show, but it is far from his first time playing the comedian in public. More than most business leaders, the billionaire has a history of cracking wise—and not so wise—on

in cameos in popular films and TV shows and in publicity events for his various companies. His quips and stunts can range from the extravagant (he once launched a


sports car into space on one of SpaceX’s rockets) to the nerdy (artificial-intelligence jokes!) to the puerile (he likes fart gags).

Mr. Musk has flashed his comedic side while turning Tesla Inc. into one of the largest U.S. companies by market value and building a space business that is carrying astronauts to and from the International Space Station. He has won a global following and, for the first time, the show will be livestreamed internationally in over 100 countries via YouTube, NBC said Saturday.

His eclectic, from-the-hip style has helped the SpaceX and Tesla chief cultivate a loyal following and generate buzz around his ventures. It has also landed him in some hot water, and will make for an interesting comic cocktail on live—albeit mostly scripted—broadcast TV.

In a teaser for his appearance, Mr. Musk called himself a wild card before promising to be “good-ish” with his mom slated to be attending the show for Mother’s Day.

Some investors appear to be betting that Mr. Musk’s performance could be market moving, as his tweets often are.

The cryptocurrency dogecoin, which was created as a joke, has been repeat fodder for Mr. Musk on Twitter. He hinted in a tweet last month that “The Dogefather” might feature on “SNL.” As of Friday afternoon, the price of the cryptocurrency had roughly doubled since the tweet, according to CoinDesk.

Mr. Musk has, naturally, turned to Twitter in recent days to crowdsource ideas for his appearance from among his roughly 53 million followers, and thrown out ideas of his own:

“Throwing out some skit ideas for SNL. What should I do?”

Will he be funny? Here’s a sampling of Mr. Musk’s past attempts at humor, and some hints of what might be to come.

Mr. Musk has a habit of deploying humor against rivals, regulators and short sellers who bet against Tesla’s stock. “A lot of people think, ‘Oh, he’s gone crazy on Twitter,’” Mr. Musk said in a recent interview on the social-media app Clubhouse. “I’m like no, I started crazy on Twitter.”

Last summer, for example, Mr. Musk took a seemingly lewd swipe at the Securities and Exchange Commission, which has sanctioned him over some of his tweets, triggering a warning from a Tesla investor, and a Musk response.

challenged NASA’s decision to award a high-profile contract to Space Exploration Technologies Corp., SpaceX’s formal name, Mr. Musk responded in a tweet: “Can’t get it up (to orbit) lol.”

Mr. Musk’s humor isn’t always biting. He reportedly met his girlfriend, Grimes, because of a joke about artificial intelligence.

The 49-year-old’s comedy, occasionally, appears to come straight from a pre-teen’s repertoire. At least some Tesla vehicles are capable of farting on command, among other unusual features.

“Please put “invented car fart” on my gravestone. This is my only request,” he has tweeted.

Among his pop-culture credits, Mr. Musk has logged cameos on the sitcom “The Big Bang Theory” and the movie “Iron Man 2.”

Some of his acts can backfire. Three years ago, for example, Tesla made an April Fool’s joke about the company going bankrupt; the stock promptly fell.

Shares in Tesla also retreated after Mr. Musk appeared to smoke marijuana during a late-night interview with comedian Joe Rogan.

Do you enjoy Elon Musk’s brand of humor? Join the conversation below.

Paul Argenti, a professor at Dartmouth’s Tuck School of Business who coaches executives, said that appearing on “SNL” is fraught with danger, but perhaps less so for Mr. Musk, who has already divided the crowd.

“People who like him will love him more for doing this, and people who don’t will just find new ways to dislike him,” Mr. Argenti said.

Write to Rebecca Elliott at rebecca.elliott@wsj.com