Biden Administration to Start Doling Out $350 Billion in Aid to State, Local Governments 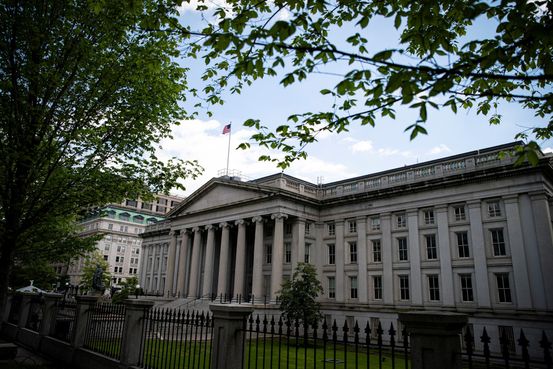 WASHINGTON—The Biden administration will begin distributing $350 billion to state and local governments this month, giving them money to pay for pandemic-related costs, fill revenue shortfalls and pay for water, sewer and broadband projects—but not to cut state taxes.

Many state and local governments struggled during the pandemic as tax revenue temporarily dropped and businesses closed. But the shortfalls were, in some cases, not as bad as initially feared or nonexistent, and the federal aid could leave some governments unusually flush.

The Treasury Department also released rules that spell out how state and local governments can use the money—and how they can’t. The most controversial piece is a prohibition on using the money to pay for state tax cuts.

Republican-led states argued that the condition was vague and unconstitutional, and several have filed lawsuits. Administration officials said they were trying to implement Congress’s intent to prevent indirect federal funding of state tax cuts.

Administration officials said Monday that states that cut taxes must show that they used other funding sources—not the new federal aid—to finance those tax cuts. Otherwise, they have to give back the federal money. Under the law and the new Treasury rules, governments receiving the money also can’t use the money for debt service, pension contributions or rainy-day funds.

States that accept the federal aid will be required to report any tax cuts that bring their revenue below inflation-adjusted 2019 revenue levels. That analysis won’t penalize states for incorporating federal tax cuts into their state tax systems. States can then try to show that they experienced economic growth, raised other taxes or cut spending in areas outside of programs funded by the new federal money.

“States are clearly permitted to fund tax cuts out of growth above an inflation-adjusted baseline,” said

vice president for state projects at the Tax Foundation, a Washington group that generally favors lower tax rates and fewer breaks. “That is very helpful.”

On the other hand, the federal government will become extensively involved in the fiscal decisions of states where revenue falls below the 2019 baseline, he said. Federal officials will have to determine whether the aid is displacing other state spending, and some Treasury definitions are broad, Mr. Walczak said. That means the legal fights over the provision will likely continue, he added.

said he appreciates the Treasury Department’s guidance but still thinks that the law Congress passed is unconstitutional.

“These meaningless directives on enforcing this tax mandate ought to be treated with the same seriousness as other pieces of fantasy fiction,” Mr. Yost said.

Disagreements among lawmakers over how much assistance state and local governments needed stalled passage of Covid-19 relief bills for much of the second half of 2020. When Democrats took full control of the House, Senate and White House in early 2021, they moved quickly to incorporate state and local aid into the relief law that President Biden signed in March.

That law provided $195 billion to states to help them cope with increased costs and revenue shortfalls from the pandemic, plus money for local governments, tribal governments and territories. Administration officials said they hoped the money could help the job market recover by spurring public-sector hiring.

“We all know that one of the things that held back the recovery the most after the Great Recession was the contraction and state and local government,” said

a senior adviser who is coordinating implementation of the plan. “This is responding to the lessons of the past in a powerful way.”

The money can go toward pandemic-related costs such as vaccination programs, building ventilation, aid to small businesses and assistance to unemployed workers. Governments will also be allowed to use the money to address housing, education and health disparities.

The most flexible piece for each government would let states make up revenue shortfalls that they suffered as a result of the pandemic-induced economic downturn. The Treasury Department said states can calculate the shortfall by comparing it to the pre-pandemic trend. Administration officials didn’t have an estimate on how much of the $350 billion would fit into that category.

The rules will “help get states and municipalities the resources and funding they need to prevent layoffs, to keep essential services running, and to keep our Main Streets alive and able to rebound as we increase vaccinations and emerge from the pandemic,” said Senate Majority Leader

Write to Richard Rubin at richard.rubin@wsj.com