8 Books About the History of Eugenics in the United States

Eugenics, a process of selecting for “desirable” characteristics and against “undesirable” ones in future generations of humans, is a school of thought that has cast a long and chilling shadow over US history in the late 19th and throughout the 20th century; and although the original eugenicist ideas have been discredited and criticised, its effects continue to have an impact to this day. Francis Galton coined the term in 1883, and promoted encouraging people with “desirable” traits – generally white, abled, middle class people – to have more children, and discouraging (or often actively preventing) people of colour, disabled people, and poor people from having children.

Eugenics is most commonly associated with Nazi Germany, where the people deemed “pure Aryan” by the white supremacist government were rewarded for having large families, and Jewish people, Roma people, people of colour, LGBTQ+ people, and disabled people, among others, were forcibly sterilised as well as being murdered as part of the Holocaust. However, eugenicist thinking was also prevalent in the USA. Famous figures such as John Harvey Kellogg were outspoken eugenicists, and in 1927, it was ruled that the forced sterilisation of people with learning disabilities was constitutional. While this law was overturned in the ’40s, forced sterilisations, particularly of disabled women, indigenous women, and Black women, continued at least until the late ’70s, and sometimes beyond.

Modern science has been criticised for adhering to eugenicist ideas when considering the possibilities of gene editing processes, such as CRISPR. Disability activists have criticised government rhetoric on “living with COVID”, which has often ignored the needs and vulnerabilities of people with chronic or other serious health conditions, and have pushed back against statements which have downplayed the COVID deaths of people with pre-existing health conditions. Understanding the impact of historical eugenicist thinking on the modern US is important, but fortunately, many authors have explored this disturbing topic. Here are some of the best in-depth looks at the history of eugenics in the United States. 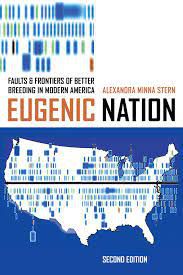 In this comprehensive book, Stern explores the history of eugenics and the associated racist, ableist, and bioessentialist movements in the US, while also tracing their lasting impact on the present day. Eugenic Nation doesn’t shy away from revealing the ugly truth of modern eugenics (for example, the huge number of forced sterilisations that took place in California up to the 1980s), and also looks into how progressive movements have had to contend with the legacy of eugenics in order to achieve their work. 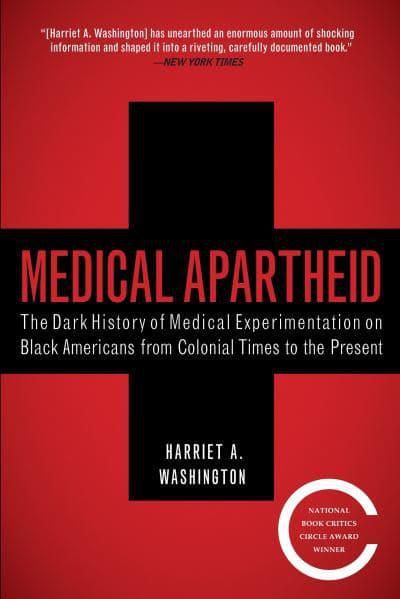 Medical Apartheid: The Dark History of Medical Experimentation on Black Americans from Colonial Times to the Present by Harriet A. Washington

Harriet A. Washington details the history of the eugenics movement alongside other examples of medicalised torture that have been inflicted on Black people throughout US history. While Washington covers widely-known examples like the Tuskegee experiment, she also dives deep into less-reported cases, looking at how institutions have exploited Black bodies and how the racist pseudoscience that accompanies these examples of torture continue to impact Black people in the modern US. 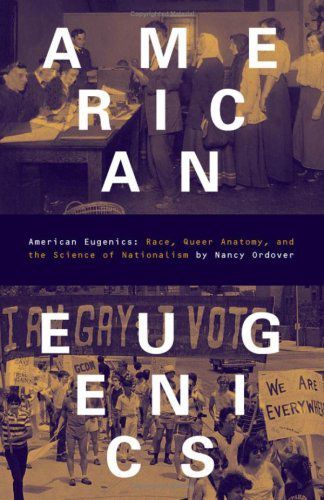 American Eugenics: Race, Queer Anatomy, and the Science of Nationalism by Nancy Ordover

Ordover’s book on the history of eugenics looks at three categories of eugenic policy: forced sterilisations of poor women and women of colour; anti-immigration legislation; and the medicalisation of LGBTQIA+ people. Looking at surviving policies and schools of thought that have developed from earlier eugenics movements, such as pseudoscientific attempts to prove that different ethnic groups have different IQ levels, or to isolate a “gay gene,” Ordover shows that modern-day American white supremacist and cisheterosexist thinking has its roots in the eugenics movements of the early 20th century. 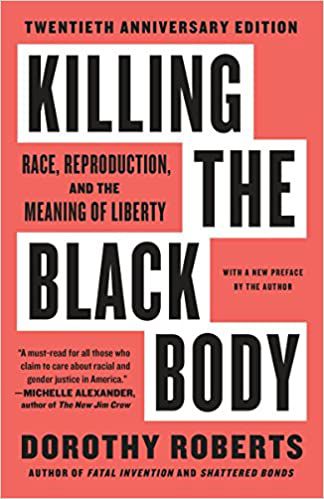 Killing the Black Body: Race, Reproduction, and the Meaning of Liberty by Dorothy Roberts

Roberts’s groundbreaking book takes a close look at the ways that Black women’s fertility has been weaponised and controlled by white supremacist eugenics movements. This looks at the medical and sexual exploitation of Black women throughout history, from the systemic rape of enslaved Black women to the forced sterilisation programmes which targeted Black women up to, and in some cases beyond, the 1970s. 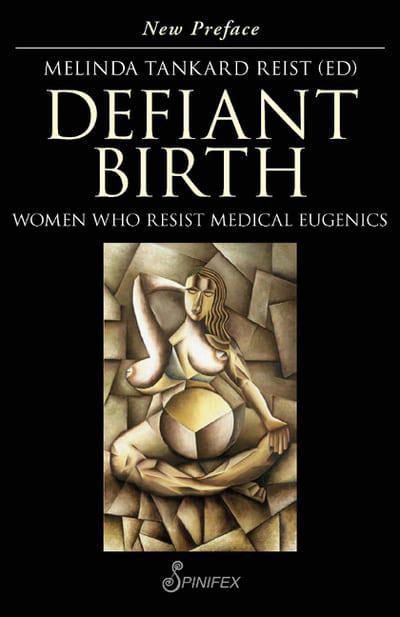 This collection of stories, collected and edited by Reist, show how eugenicist beliefs and policies have been used to restrict and control the reproductive autonomy of disabled or chronically ill women. Each essay tells the story of a woman who had to fight for her right to become pregnant or continue an existing pregnancy because of her own disabilities or medical conditions, or those that her future children might experience. 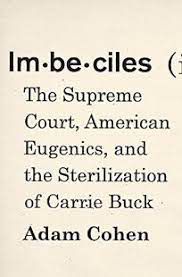 Imbeciles: The Supreme Court, American Eugenics, and the Sterilization of Carrie Buck by Adam Cohen

Cohen’s book takes a close look at the “test case” that was used to create legal precedent for eugenicist policies against disabled people in the United States. An in-depth examination of the 1927 court case that sought the forced sterilisation of Carrie Buck, a young woman with learning disabilities who was labelled by an ableist society as “feebleminded”, the book also exposes how the majority of people involved in the case, including Buck’s own legal representation, were motivated to ensure that forced sterilisation policies could be legally upheld and enacted against disabled people. 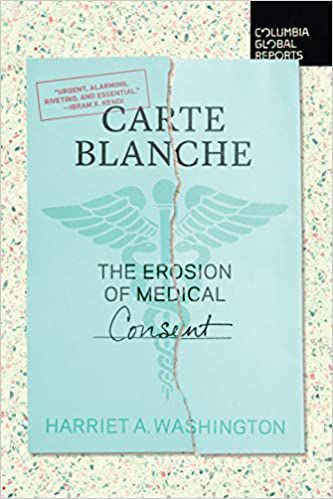 Carte Blanche: The Erosion of Medical Consent by Harriet A. Washington

Another in-depth work from the author of Medical Apartheid, Carte Blanche examines the undermining of informed consent, looking at loopholes that have been used by institutions such as the US army to allow experimental medical procedures to be carried out on uninformed participants. Washington looks at examples of the military ordering soldiers to participate in medical experimentation, and legal policies that have allowed experimental techniques to be used on trauma patients, as well as examining the legacy of eugenicist thinking which means that these techniques are more frequently used on people of colour and disabled people. 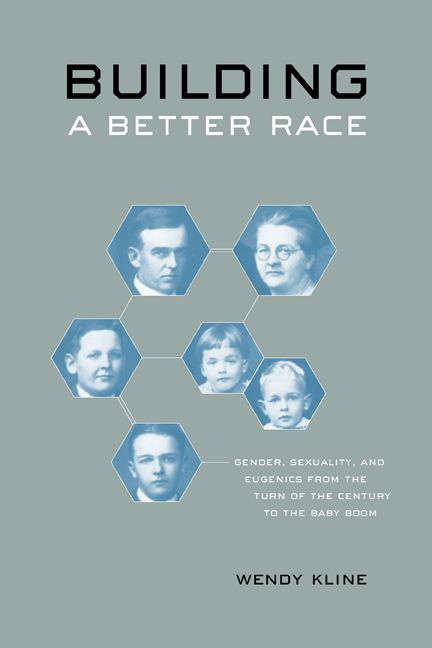 Building a Better Race: Gender, Sexuality, and Eugenics from the Turn of the Century to the Baby Boom by Wendy Kline

In this book, Kline examines the cultural history of eugenics, and the way eugenicist thinking corresponds with moral panics and reactionary thinking about gender and sexuality. Building a Better Race focuses particularly on “positive eugenics” – the side of the eugenics movement that encouraged “desirable” people (generally white, middle class, abled people) to have larger numbers of children, alongside “negative eugenics”, which aimed to prevent people of colour, disabled people and poor people from having children. It also focuses on the impacts of eugenicist policies on everyday modern concepts such as IQ testing and genetic screening.

While these books are excellent starting points, it’s important to remember that not everyone affected by the present-day impacts of eugenicist thinking is easily able to have their work or stories accepted and taken seriously by publishers or mainstream outlets. Blogs and social media channels can be an excellent way to read perspectives from disability activists, people of colour, and other people who have additional social barriers to having their bodily autonomy respected. Imani Barbarin writes at Crutches and Spice, publishing work on current events, pop culture, racism and ableism. Writers at the Disability Visibility Project, founded by author Alice Wong, have published extensively on ableist responses to the COVID-19 pandemic, as well as the disadvantages imposed on disabled people – particularly those with intersecting marginalisation, such as being POC or LGBTQI+ – by a society that sidelines those who do not fit the abled model.

For more books on disability rights, try 5 Books for an Introduction to Disability History in the US. To get a comprehensive view of medical history, look at 100 Must-Read Books About the History of Medicine.

Book review of If Nietzsche Were a Narwhal by Justin Gregg